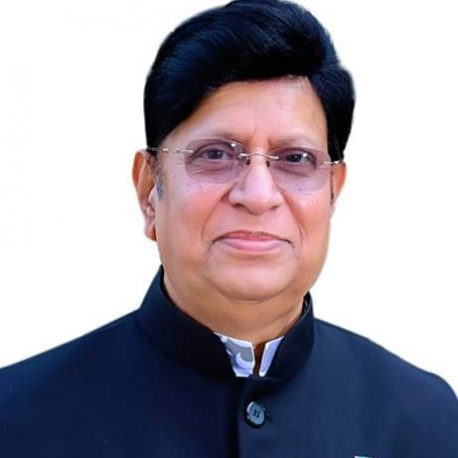 Honorable Foreign Minister, Government of the People’s Republic of Bangladesh

Professor Dr. A. K. Abdul Momen has a PhD in Economics and an MBA in Business Administration from the Northeastern University (Boston), an MPA in Public Administration, Public Policy and International Economics from the Harvard University (Cambridge), an LLB in Law, an MA in Development Economics and a BA (Honors) from the University of Dhaka. He passed HSC from M.C. college, Sylhet and SSC from Sylhet Government Pilot High School.

He worked as an Economic Adviser (Consultant) at the Saudi Industrial Development Fund under the Saudi Ministry of Finance and National Economy as an expert. Also he worked for the World Bank, Washington DC [1981-83] and as a UNDP consultant, New York, 1989.

Source: Ministry of Foreign Affairs, Government of the People’s Republic of Bangladesh
For more information about the Keynote Speaker, please visit: https://mofa.gov.bd/site/page/0bec8c16-271d-4bb1-bdf4-332cca60cb57