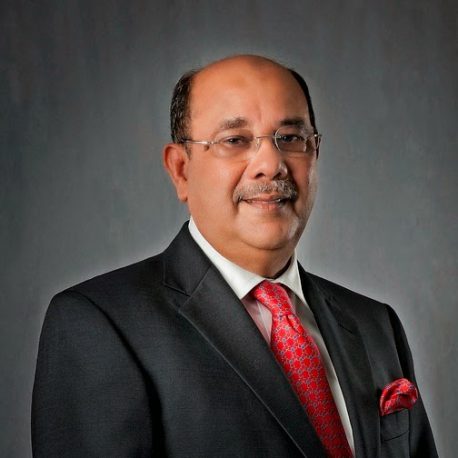 Syed Hamid bin Syed Jaafar Albar was a senior Malaysian government minister in the 1990s and 2000s. He was the Minister for Home Affairs (2008–2009), Minister for Foreign Affairs (1999–2008), Minister for Defence (1995–1999) and Minister for Justice (1990–1995). He was a member of the Parliament of Malaysia from 1990 to 2013, representing the seat of Kota Tinggi, Johor, for the United Malays National Organisation (UMNO). He is previously the chairman of the dissolved Land Public Transport Commission(SPAD). Presently he is a member of Malaysian United Indigenous Party or Parti Pribumi Bersatu Malaysia (BERSATU), a component of Pakatan Harapan (PH) ruling coalition since he quitted UMNO to join PPBM on September 2018.

Syed Hamid has been active in UMNO in his student days, including while studying in the United Kingdom. After returning to Malaysia he became a magistrate, and then president of the Sessions Court, before entering the corporate world. In 1986 he won election to UMNO’s Supreme Council and entered Parliament in 1990, as the member for Kota Tinggi. He was immediately appointed as Minister for Justice, and in 1995 became the Defence Minister. In 1999, he was appointed as the Foreign Minister. In March 2008, he was appointed as the Home Minister.

For more information about the Keynote Speaker, please visit: https://en.wikipedia.org/wiki/Syed_Hamid_Albar