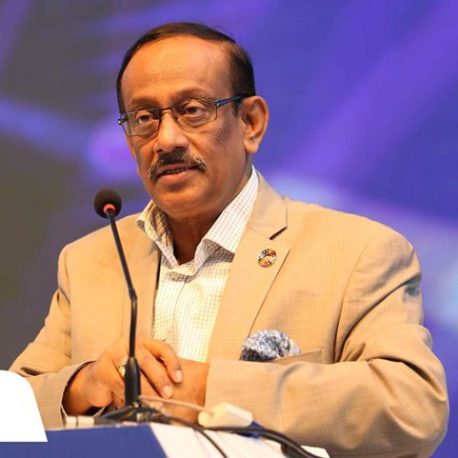 Senior Secretary of the Ministry of Foreign Affairs, Government of the People’s Republic of Bangladesh

Mr. Md. Shahidul Haque has been serving as Foreign Secretary (Senior Secretary) of the Government of Bangladesh since 10 January 2013. He was the Chair of the 9 th Global Forum on Migration and Development (GFMD). He is serving as an Independent Expert to the UN Committee on the Rights of All Migrant Workers and Members of their Families (CMW) for the term 2014-2017 and has recently been re-elected for another 4-year term (2018-2021) securing the highest number of votes. He is also a member of the Migration Advisory Board of International Organization for Migration (IOM). Mr. Haque has been actively promoting human rights of migrants and pro-actively working with NGOs and civil society to advocate rights of migrant workers.

From 2001 to 2012, Mr. Haque served at the IOM on lien from the Government of Bangladesh, occupying several senior positions in field offices and the Headquarters in Geneva. Before returning to the Government of Bangladesh, he was serving as the Director of IOM (2010-2012) dealing with IOMs’ external relations, donors’ liaison and international migration policy. He also served as Regional Representative for the Middle-East (based in Cairo, 2007-2009) and as Regional Representative for South Asia (based in Dhaka, 2001-2006). In recognition of his outstanding and committed services to IOM, Mr. Haque received IOM Director General’s award in 2005.

Mr. Haque earlier worked in Bangladesh Missions in London, Bangkok and Geneva. He had also served as Director in various Wings of the Ministry of Foreign Affairs of Bangladesh, including as the Director of Foreign Secretary’s Office (1996-1998). He represented Bangladesh in various international fora. As a Counsellor/Minister at the Bangladesh Permanent Mission in Geneva, he dealt with WIPO, ILO, IOM and IAEA (Vienna).

Mr. Haque obtained an M A (International Relations) from the Fletcher School of Law and Diplomacy in USA (1988) and was awarded Honourable Mention for Robert B. Steward Prize for high acedemic achievement. He stood First Class First, both in Masters and Honours, in Social Welfare from the University of Dhaka. He was also awarded the Dhaka University Chancellor’s Award, the Grants Commission Award and the Chancellor’s Gold Medal for his outstanding academic accomplishment.